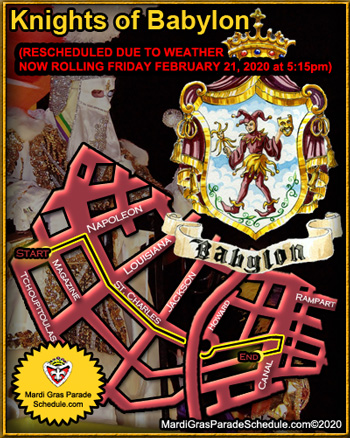 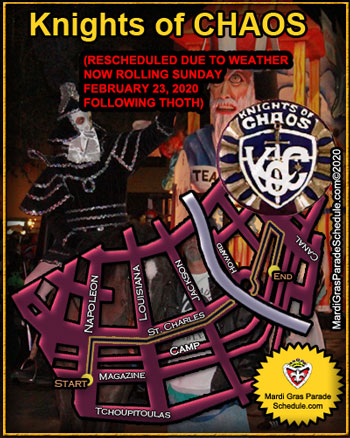 And rounding up the evening the Krewe of Muses rolls on a slightly different parade route (see below), named for the daughters of Zeus and patrons of the arts and sciences, is New Orleans' only all-female night parade. The parade has become one of Mardi Gras' favorites, thanks not only to its humorous and biting parade themes, but also for its sought-after throws....SHOES!!  Muses began parading in 2000 and is the only all-female krewe to roll at night. 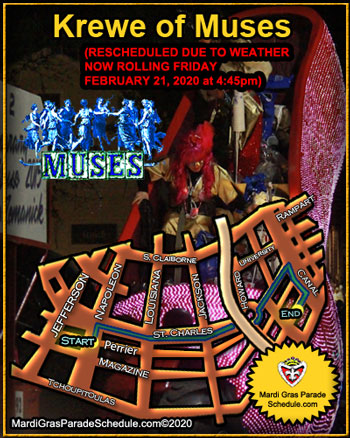 And AFTER the parades there's much more!!!

Head on down to Chickie Wah Wah (2828 Canal) tonight - for Tuba Skinny and Erika Lewis at 8:00 pm....they're gonna show you how to get in that Carnival spirit!!

And for more musical fun this evening be sure to click on the WWOZ Livewire!
Posted by Aimee NOLA at 9:34 AM